Volunteers for Israel (VFI) is pleased to shine its spotlight for September on a most committed Sar-Elie, Jo Ann Leeds.

The persuasive Jo Ann is married and her husband, Richard, will join the work and camaraderie, his wife so loves, when he joins her and makes his first Sar-El volunteer appearance in April, 2020.  Our multi-faceted September honoree is an arm chair magician who loves card tricks, textile crafts, swing dancing, family and traveling. 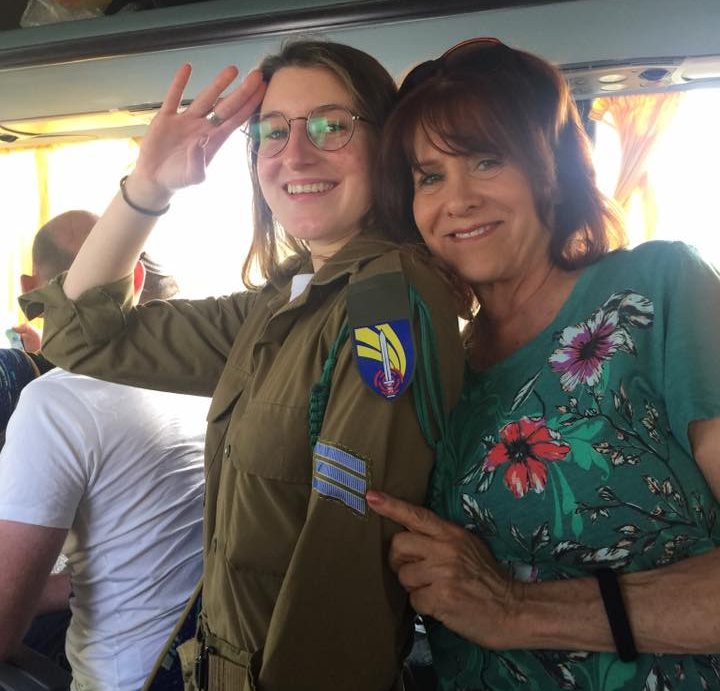 Although Mrs Leeds is a relatively new member of the VFI-Sar-El family, she has already had quite an impact on the Sar-El picture in Southern California.  She is a proud VFI Ambassador.  In addition to having already recruited her husband and a close friend, who had never before been to Israel; Jo Ann is hard at work planning her first formal recruitment event.  The  October 27th soiree will be highlighted by Jo Ann speaking about her experiences at an IDF base in central Israel, She will also share VFI-Sar-El swag and Israeli food.  More information will be provided on her personal Facebook as well as at facebook.com/groups/Volunteers for Israel® / Sar-El Program Alumni & Friends.

Jo Ann was on vacation in San Diego when Volunteers for Israel first became part of her vocabulary. She was wandering through Balboa Park and enjoying craft and informational booths.  Fortunately for VFI-Sar-El, she sauntered past an Israeli booth and heard words that stopped her in her tracks and changed this professional volunteer’s life!  Jo Ann overheard six magical words:”… volunteer on an Israeli army base.”  Ruth Maslan was speaking about a very special vehicle for volunteering in Israel and Jo Ann was immediately ready to serve.  After a brief conversation, she obtained a brochure, and decided that Sar-El would be perfect for her.  After all, with VFI-Sar-El’s program, she would be able to pair her life-long affinity for the State of Israel with her belief that volunteering was a way to observe her beliefs and values as a Jewish woman.  In addition, Jo Ann realized that no one in her immediate family had served in the military and that it was her time.  She was so eager to participate that she drove her completed application to the Regional Director’s home rather than waiting for the US mail to do its job. 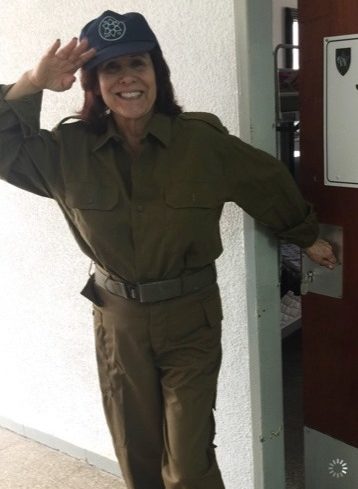 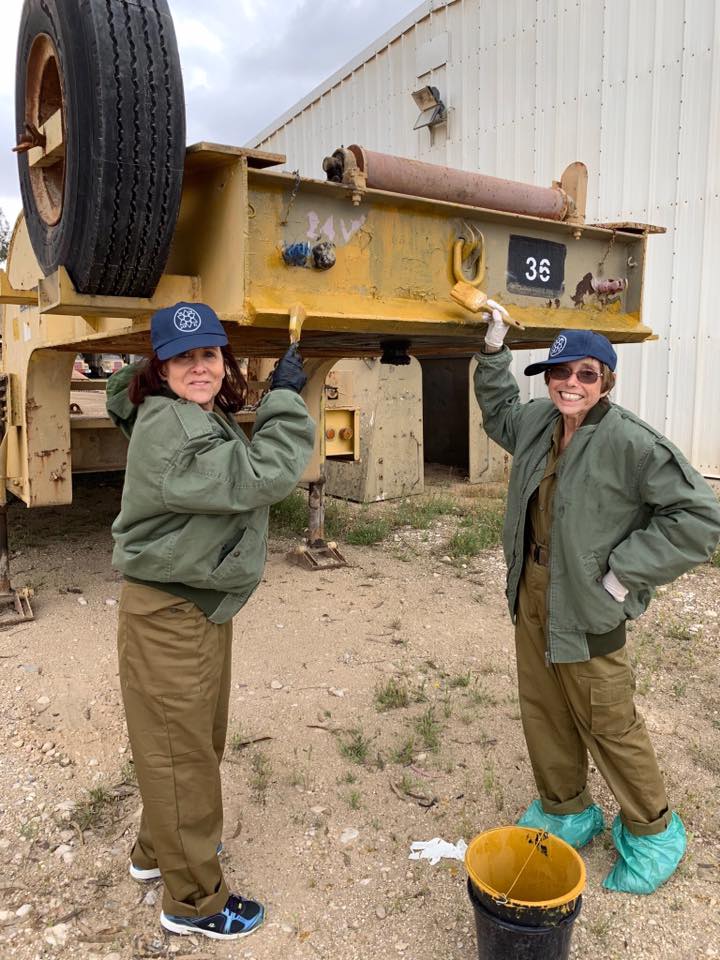 Our September honoree was assigned, with fourteen others, to a base in the middle of the country.  There, she scraped old paint from flat-bed trucks and repainted them. This human spark plug described the very best thing about Sar-El with the following words: “I proudly put on my IDF uniform and began volunteering for the military of the State of Israel.”  Reflecting back on her Sar-El adventure, Jo Ann said that it was “the hardest work I ever loved.”

She wants the readers of VFI’s Volunteer Connection to know that she has never been more proud of herself than when she was a Sar-Elnik. She will keep returning to Israel with this program because she feels that her work is not yet done.  She learned that volunteers fill positions that would, otherwise, require reservists to leave their homes and disrupt their families.  Sar-El’s efforts also save the Israeli government millions of U S dollars per year.

Jo Ann spent most of her work life as a legal assistant.  In addition to devoting her talents and enthusiasm to Volunteers for Israel, she enjoys spending time with her three daughters, two stepsons and their respective families, including four grandchildren.  She also hosts a costumed and themed tea party once each year.

This month’s honoree is a board member of the Women’s League for Conservative Judaism and has volunteered in the Detective’s Unit of the Los Angeles Police Department, assisting with elder abuse cases and restraining orders. She has also served in positions of leadership in her synagogue, Torah Fund and the Pomegranate Guild of Judaic Needlework.

Three cheers and a raised teacup to Jo Ann Leeds, one of the most devoted volunteers on the planet